I’ve been knackered for a few days now. (and not in a good way). Sorry for the title by the way. It does make sense, but only tangentially.

Fatigue is an interesting thing. Physically you look the same, but inside its a struggle to be bothered about, well anything. I’ve been struggling with fatigue this week and a bit of last. Its not something I often have, but having looked at the past few years there are occasional periods where I am exhausted for no good reason. I used to say I was going down with something, or was fighting off some illness, but I think that its more my existing condition flexing its muscles.

I can tell its fatigue not tiredness because A) I know how they feel, B) I got ten hours sleep last night and still feel like I’ve been drugged. I’ve bailed on two social engagements and tomorrows after work meeting should be concerned about my attendance :).

Fatigue is difficult to explain. Everyone gets tired. If you have a new child, or few bad nights sleep you can feel in a daze. Fatigue is different. This morning I had a fizzy drink, four coffees a chocolate bar and a Pret tomato and cheese muffin. I still felt knackered. Normally I would be bouncing off the walls at this point.

The best description is like the colour has been taken out of things and you feel curiously washed out, like a pair of jeans faded after countless washes. Everything seems a challenge and to be normal takes a supreme effort.

So anyway, I hope it passes soon. Pain in the bum, I guess ME (if it exists…) must feel a bit like this. What fun.

I have much deeper sympathy for people with fatigue now btw. Its horrible. Far more debilitating that one would think. Its not as simple as waking up and having a coffee. You have to solider through. 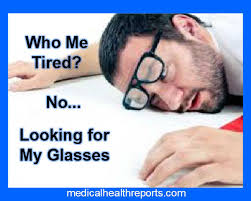 If you have tiredness for no reason and are getting eight hours sleep see a doctor. You could have any of the following lovely conditions:

Don’t worry if you have a little tiredness, its natural to be tired at times, but with fatigue, check it out.

Aside from this tiredness I have no obvious symptoms, and another set of bloods in two weeks or so. whoop whoop.

No news on the house. I have written a complaint to my conveyance for ignoring my four emails from the last four weeks. No doubt they will ignore that too. Still hopeful for a next week completion though. We also have lodgers sorted for our old house, as we are trying to keep hold of this, so that’s good news.

In work news I think we had a brief contraction of the plague. We had three separate people off sick and two on holiday yesterday, leaving a very few of us to hold the fort. Today we only have two ill and one is on holiday, so I guess things are looking up? I’m looking forward to holidays being over and everyone being back to prep for our new year (our business year ends on 1st of September). Our new website goes up next week, so I suppose that’s exciting.

Finally I have been nominated to do the stupid ice bucket thing (thanks Strangeo). I say its stupid because the option is do it, or pay money to charity. I will pay the money to charity. I also don’t want to be a sheep but kind of feel I need to show solidarity with my idiotic friends who are having ice showers. I’m looking into a way of doing it differently, you see I like baths not showers. I’ll work something out.

6 thoughts on “Too tired to be tired of feeling tired…”

Countdown to five years without treatmentOctober 3, 2026
3.7 years to go.